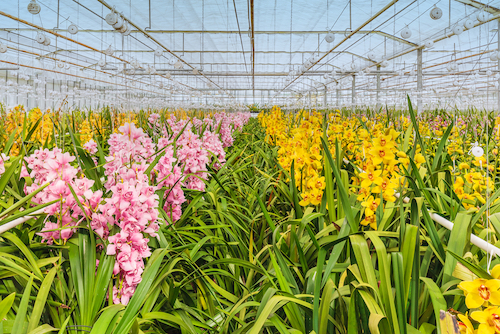 Posted at 05:18h in Uncategorised by peritusadmin

A miticide had been incorrectly recommended and widely promoted to commercial growers by an agricultural re-seller as being safe to use on cymbidium orchids and certain other ornamental plants. The chemical caused varying degrees of damage in commercial nurseries with the final effects unable to be known at the time the claim was first lodged.  ARC was appointed by the solicitors acting for the product manufacturer’s insurers to advise on a mitigation and recovery strategy and to quantify the losses incurred.

A total of over 60 growers were affected with over 95% of these being growers of cymbidium orchids. ARC assembled a team that was initially responsible for contacting all the affected growers and making an initial assessment of the damage that had been suffered. Most of the affected plants had suffered various levels of damage but had not been killed outright. Whether the plants would recover was not known. This assessment was complicated by the fact that, in theory, cymbidium orchids live forever. That is, through a process of being continually split and propagated, orchid stock is constantly being renewed. If a given plant died therefore what was the appropriate way of valuing it?

Through our own contacts and those of the chemical manufacturer, we researched widely but could not find any other event in the world where the chemical concerned had been applied to cymbidium orchids. This made it very difficult to know whether the plants would recover and if so, how long it might take.

The unique characteristics of orchids meant that the claim settlement process was very different to a “normal claim” and required devising and implementing numerous innovative methodologies. As an example of one of these, a large commercial orchid nursery that was unaffected and was for sale. The stock from this nursery was purchased by the insurers and distributed amongst affected growers to replace affected stock.

While the process took a number of years, all claims were eventually settled without a single case of litigation.